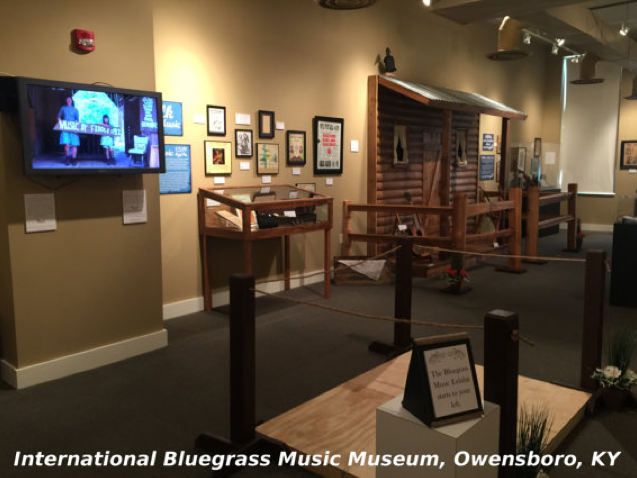 From their website: The exhibit acts as a timeline, tracing the history of Bluegrass music from the early 1900s to the late 1950s when artists such as Bill Monroe, Flatt and Scruggs and the Stanley Brothers gave the genre its name.

Song folios dating back to the 1880s are displayed to begin the tour where the roots of Bluegrass are credited to the immigrants of the early 1900s. Moving from the roots of the genre to Folk Music, next Hillbilly and Mountain Music, the radio and phonograph era and eventually landing in the umbrella label of Country Music, the exhibit is a creative and interactive presentation of Bluegrass Music history.

On display are several rare artifacts including Mother Maybelle Carter’s autoharp, Birch Monroe’s fiddle and case, performance attire worn by Earl Scruggs and Jimmy Martin, and much more. A large portion of this exhibit was made possible through the generosity of Tom T. and the late Dixie Hall in the form of gifted artifacts.

Included in the exhibit is a special feature on Flat Footing and Buck dancing, complete with 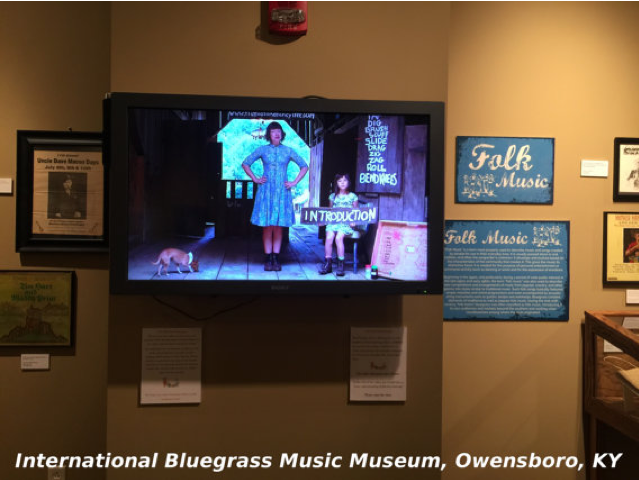 instructional video by Rebecca Stout and wooden dance boards for participating. The video, produced by Paul Anderegg through the Appalachian Step Percussion Services, showcases several examples of the traditional dance. Featured in the film alongside narration by the late John Hartford, is a clip of a lively Bill Monroe and Emmy Lou Harris dancing at the Grand Ole Opry.

The IBMM, located in downtown Owensboro, Ky., is open Tuesday through Saturday 10am until 5pm and 1pm until 4pm on Sunday.